In mid-May 2002, ZD9IR's tribander blew down. It's not clear what happened. Perhaps the mast snapped in 90 knot gusts, overturning the antenna and smashing some of the element bits and the boom.

Chris remained active, using wire antennas. He had some great long-path openings to the US West Coast during May and June.

Frantic efforts by Rusty Epps W6OAT, the NCDXF Board and Tom Schiller N6BT of Force 12 arranged, funded and built a new antenna in record time. The new antenna landed in Cape Town within a day of departure, and left on the last supply ship of Chris's stay. As of late June, the antenna is now up and running. Problem solved! 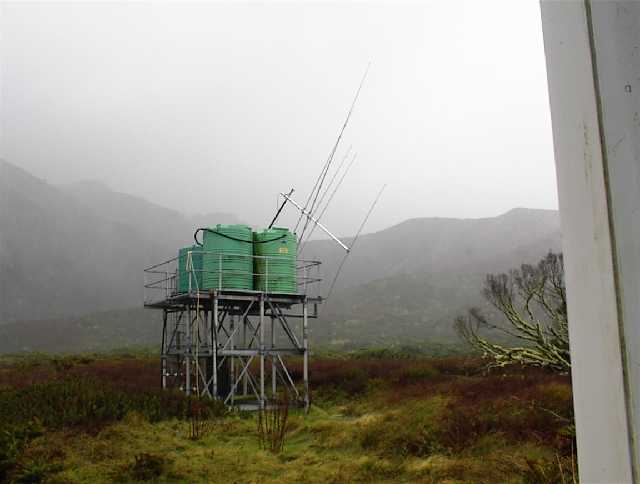 This picture shows the whole installation after the beam came down. The wind was still howling at over 80 knots. 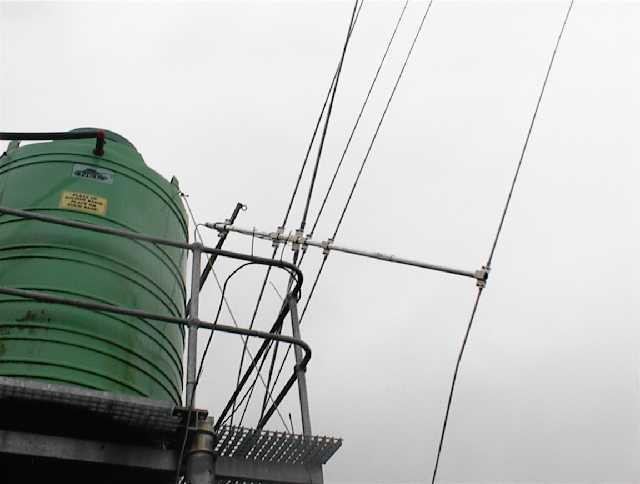 The boom broke off just behind the mast, and some of the elements are rather the worse for wear. 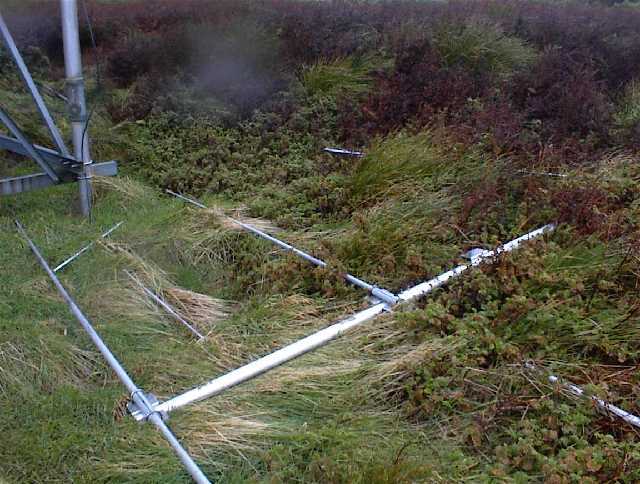 The antenna seems fit for salvage. However, there was not enough time to piece together an antenna. Instead, the NCDXF arranged with Force 12 to ship a replacement antenna. The replacement, a C3S/H, made it to Cape Town, and sailed for Gough literally the next day. 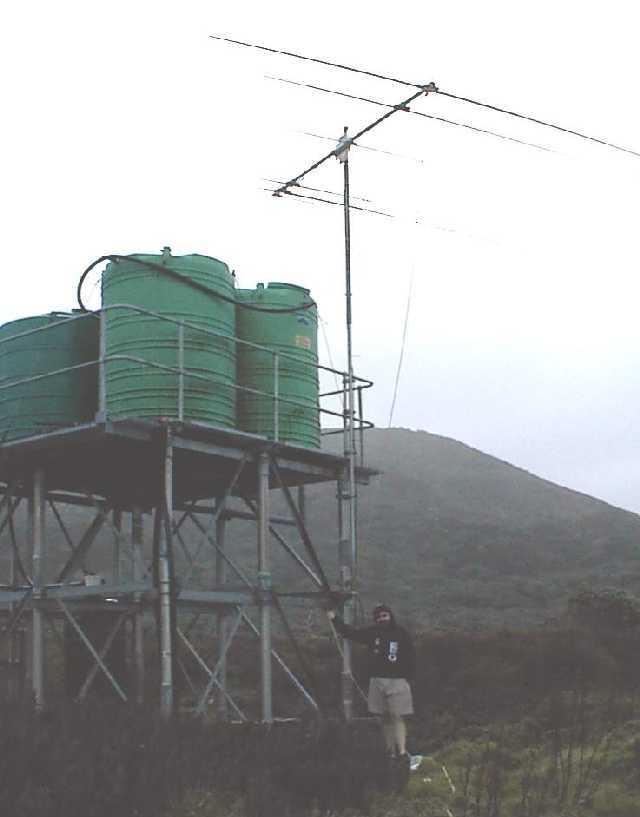 The new antenna went up on 30 June. Its construction appears to be a lot stronger than the original C3/H, and we're hoping it will stay up for the remainder of his tour. Time will tell, as some real nasty weather is on its way.